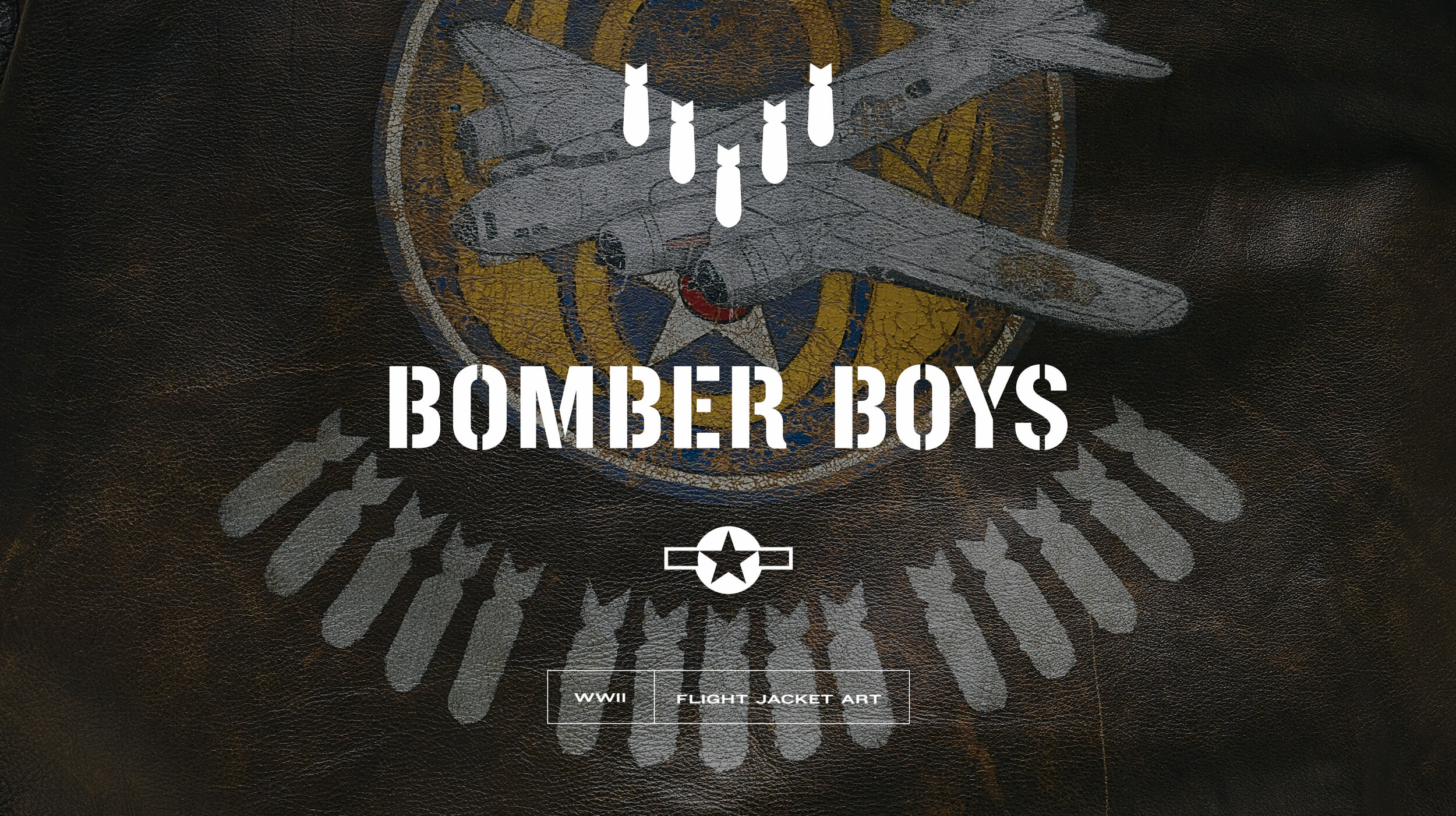 “Bomber Boys – WWII Flight Jacket Art” by Georgia-based ASMP Member John Slemp is the most comprehensive visual record of A-2 jackets ever produced.  Slemp, an award-winning photographer, has captured the tactile beauty of the leather and the artwork that adorns the jackets in archival quality.  Over 100 jackets representing all World War II theaters from both museums and private owners, along with artifacts and personal accounts, reveal a visual diary of a man’s service in the U.S. Army Air Corps.

The 12 x 12, 398-page coffee table book captures the imaginations of those unfamiliar with this seldom seen genre of military folk art.  The highly individualistic art depicted on World War II “bomber jackets” continues to fascinate, educate, and entertain to this day.  Painted on the back of leather A-2 work jackets, these collectible uniform items depict the attitudes of young airmen subjected to the vagaries of modern warfare in the sky, and the successes, failures, and eventual triumphs of surviving 35 missions over stubbornly defended enemy territory.

“I’m not sure anyone ever sits down and consciously decides to write a book about the leather jackets worn by American aircrew during World War II. Yet, that’s precisely what happened after I began photographing A–2 flight jackets in 2014,” stated Slemp. “As the number of jackets photographed grew, the stories of their owners began to weigh more heavily on my mind. I began to realize that the jackets were mobile signposts reflecting the distinct mortal challenges every flyer faced. Initially, I was drawn to the artwork and symbology, but as I more fully understood their cultural and historical implications, I became more engaged. The emotion these jackets engender has been nothing short of astounding. To illustrate that point is the case of the daughter of a WWII flyer who, during an early exhibition of the work, stood in front of a print of her dad’s jacket for almost two hours. As we were leaving, she pulled me aside and said in a quivering voice, ‘You have no idea what this means to me.’ It was a telling moment and has provided continuing incentive to bring the work to fruition.”

In addition to jackets like actor Jimmy Stewart’s, readers will find jackets and portraits of pilots, radio operators, Women Airforce Service Pilots, and even a member of the original unit who dropped supplies behind enemy lines. All of their stories inspired the art.

Given the highly collectible nature of the jackets, Slemp has included information on care for the jackets by renowned professional conservator Rachel Waters; information for collectors on how to find them, what to avoid, and how to establish provenance by Jeff Shrader of Antique Roadshow fame; and their influence on fashion over the years by subject matter expert Laura McLaws Helms.

To help the novice understand the experience of airmen from pilot to ball turret, Slemp has included six beautiful aircraft illustrations from artist John Mollison.  In addition, a surprise from Mollison awaits the reader on the inside of the dust jacket.

Mollison is famously quoted as saying, “When an old man dies, a library burns”.  This lies at the very heart of why this book is so important.  Slemp commented, “While photographing Brigadier General Charles McGee of the Tuskegee Airmen, I asked him why (at 101 years of age) he was still at the AirVenture airshow meeting kids. He simply replied, ‘It’s important to tell these stories.’  I felt like I got marching orders that day.”

In support of the museums who supported this project, books will be available in select gift shops.  We encourage everyone to go visit history and see these beautiful jackets in person.

To view more information about the Bomber Boys and to purchase the book, go to WWIIBomberBoys.com.