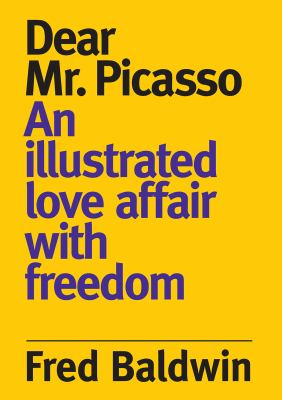 Noted photographer and co-founder of FotoFest, Fred Baldwin has recently published his memoir, Dear Mr. Picasso: An Illustrated Love Affair with Freedom. The book begins with Baldwin’s encounter with Pablo Picasso in 1955, a life-changing event that emboldened Baldwin to embrace a peripatetic life as a photojournalist. He spent the next few decades making remarkable “picture stories,” at times at great personal risk. His adventures led him to locations where few or no photographers had gone before. Baldwin’s book is illustrated with hundreds of black-and-white and color photographs from his vast archive. Baldwin will share images and recount some of the extraordinary experiences of his career. Books will be available for purchase, and a book signing will immediately follow the lecture.     Menil Collection

The life of Fred Baldwin (b 1929), the celebrated American photographer and co-founder of FotoFest (Houston), took a turn in the direction of the extraordinary when during his last year of college in 1955 he decided to interview and photograph Pablo Picasso. Despite the fact he had no formal art training, contacts, or reason to expect success, Baldwin delivered a letter with his own drawings to the artist that he hoped would appeal to his sense of humor. After a three-day siege outside Picasso’s house in Cannes, the artist finally opened the door to Baldwin who was allowed to take pictures freely in his studio.

The Picasso experience changed Baldwin’s life dramatically. He had followed his dream, used his imagination, overcome fear, and acted – now he believed he could accomplish anything. After graduating from college, Baldwin embarked on the peripatetic life of a photojournalist. Accompanied by his Leica, he would spend the next 20 years making remarkable picture stories about people and places, taking him to extreme adventure, and at times, great personal risk. He used his wit, charm and tenacity to make many friends in high places who would help get him access to locations where few or no photographers had gone before. His camera would become his passport to the world and provide the material and inspiration for Dear Mr. Picasso: An Illustrated Love Affair with Freedom. 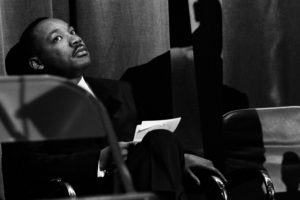 Throughout the book’s over 700 pages, illustrated by hundreds of black and white and color photographs from Baldwin’s vast photographic archive, we witness reindeer migrations in Lapland, a day and a night with the Ku Klux Klan, coverage of a star-studded Nobel Prize ceremony, cod fishing in Arctic Norway, polar bear expeditions near the North Pole, and underwater images of a hooked Marlin fighting for its life in Mexico – an homage to Hemingway. In 1963, Baldwin documented the Civil Rights Movement working for Martin Luther King, Jr.’s organization as a freelance photographer. A two-year stint as Peace Corps director in Borneo was followed by more photojournalism work in India and Afghanistan.

The stories in Dear Mr. Picasso reveal Baldwin’s brilliance at storytelling. The tome is often laced with his self-deprecating humor, a mechanism that Baldwin had developed early as a survival tool. His father, an American diplomat, died when Baldwin was five. In the book’s early chapters Baldwin describes his difficult childhood and youth which involved academic disasters and his exile to work in a factory in Savannah run by his absentee landlord uncle where he joined and was befriended by low-paid black and white workers. Baldwin escaped the factory by joining the Marines and was immediately shipped to North Korea in 1950 where he was wounded and decorated twice…

At 90, Photographer Fred Baldwin Still Has ‘So Much Work Left to Do’