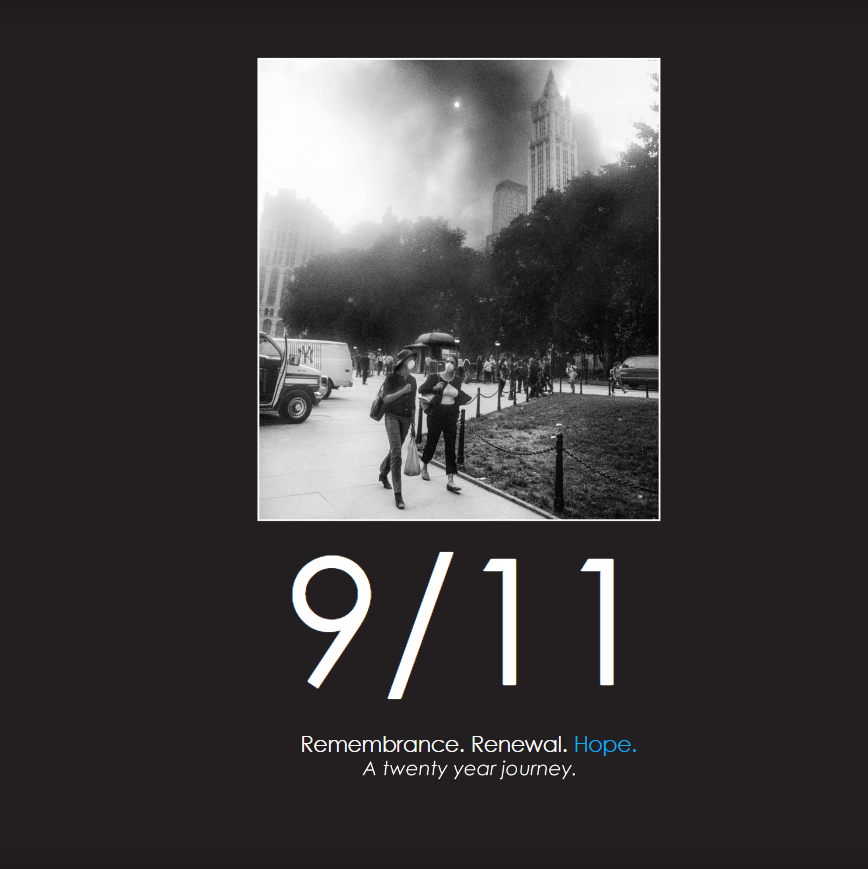 For the past 20 years, Frank Ritter has meticulously documented the aftermath of the 9/11 tragedy as well as the rebuilding efforts at the World Trade Center Site through his expert camera work. What began as a commission by the American Institute of Architects to photograph the commemorative events of the first anniversary of the attacks, led Ritter on a journey to record these solemn ceremonies every year since. In this powerful visual timeline, which includes personal accounts from survivors and first-responders, the reader/viewer understands how the tragedy of 9/11 was not a single event, but one that will continue to evolve and shape our collective memory.

Frank Ritter has dedicated the past 20 years to photographing and documenting the rebuilding efforts at the World Trade Center site as well as the events commemorating the anniversary of the 9/11 attacks. His work functions as a visual timeline of the catastrophic day and its aftermath, along with the various ways in which it has been memorialized.

For much of his career, Frank Ritter has photographed architectural interiors for leading design publications, including Interior Design Magazine, e-Oculus, and Art in America. Ritter was also profiled by American Photographer Magazine for his work in hotel advertising. His work has been exhibited at the National Arts Club, the New York Design Center, Guild Hall in East Hampton, and the Barrett House in Poughkeepsie. A number of his 9/11 limited edition photos have been purchased by private collectors.