Supreme Court Watch: High Court To Decide Whether State Governments Can Be Sued for Money Damages in Copyright Cases 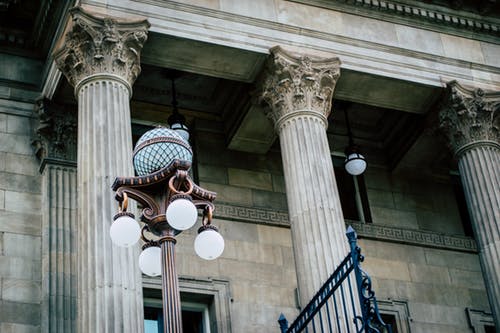 ASMP members need to know that from a legal perspective, dealing with a state entity, such as a state-run college, may prove very different than interacting with a private entity or person.  Simply put, there is a longstanding doctrine of state sovereign immunity that, in general, prevents private citizens from recovering money in a lawsuit against a state instrumentality — unless immunity has been abolished by judicial or legislative action. Troubled by successful assertions by states of sovereign immunity in copyright infringement cases, in 1990, Congress passed a law, the Copyright Remedy Clarification Act (CRCA),  that was intended to do away with state sovereign immunity from money damage awards when States infringe the copyrights of private citizens or entities.

The CRCA was aimed at eliminating the fundamental unfairness of allowing states and their instrumentalities, including state-run colleges and universities, to sue private parties for monetary damages if state-owned copyrights are infringed, but prevents such private entities from recovering damages from states that violate their copyrights — irrespective of how egregious and intentional the infringements.  During its deliberations on the CRCA, Congress made clear that this inequitable legal situation had real world consequences given that states are major players in the commercial marketplace.  State educational institutions, among other state entities, are not only major users of copyright works of private citizens; these state instrumentalities are major owners of copyrighted works by their employees.

Allen involves a lawsuit brought by a production company which shot footage in 1998 off the North Carolina coast of a long lost pirate ship captained by the notorious pirate, Blackbeard.

Under North Carolina law, the lost vessel ship and its contents are the property of North Carolina.  Fredrick Allen, a videographer, obtained a permit from North Carolina to document attempts to salvage the ship and its artifacts.  After Allen complained that North Carolina published on the Internet some of his copyrighted works regarding the salvaging efforts, the parties entered into a settlement agreement designed to resolve the dispute.

However, despite the settlement agreement, Allen alleged that North Carolina again violated his copyrights and filed a lawsuit suit against the State. For our purposes, the key issue raised in the lawsuit is the validity of North Carolina’s claim that Allen’s copyright infringement claim should be dismissed because it was barred by the sovereign immunity conferred on states by the United States Constitution, and that the CRCA was invalid because it exceeded Congress’s authority under the Constitution.  Although a federal district court agreed with Allen, the United States Court of Appeals for the Fourth Circuit reversed the lower court decision. It agreed with North Carolina that the CRCA was unconstitutional and that the copyright infringement suit should be dismissed.  Allen asked the U.S. Supreme Court to review the decision of the Fourth Circuit on June 3, the Court agreed to do.

If the CRCA were held to be unconstitutional by the Supreme Court, state governments would have little incentive to respect the copyrights of private citizens.  And photographers and other creators would have little recourse if their works were infringed.  They certainly could not recover money damages in a copyright suit brought in federal court—the only courts authorized to hear copyright infringement cases. While it might be possible in a particular case to obtain injunctions against a state to prevent future infringements, injunctions are not automatic and they do nothing to compensate victims for economic harm caused by prior state infringements. In addition, there is great uncertainty about the availability of non-copyright causes of action against state infringers, such as unlawful takings claims under the Federal and State constitutions. In sum, if the CRCA is thrown out, there will be little to prevent state governments from engaging in copyright infringement with impunity.

Given the stakes involved, ASMP is in discussions with other organizations concerning the possibility of filing a friend of the court (amicus) brief in support of Allen and the CRCA.  We will keep you posted as this plays out.