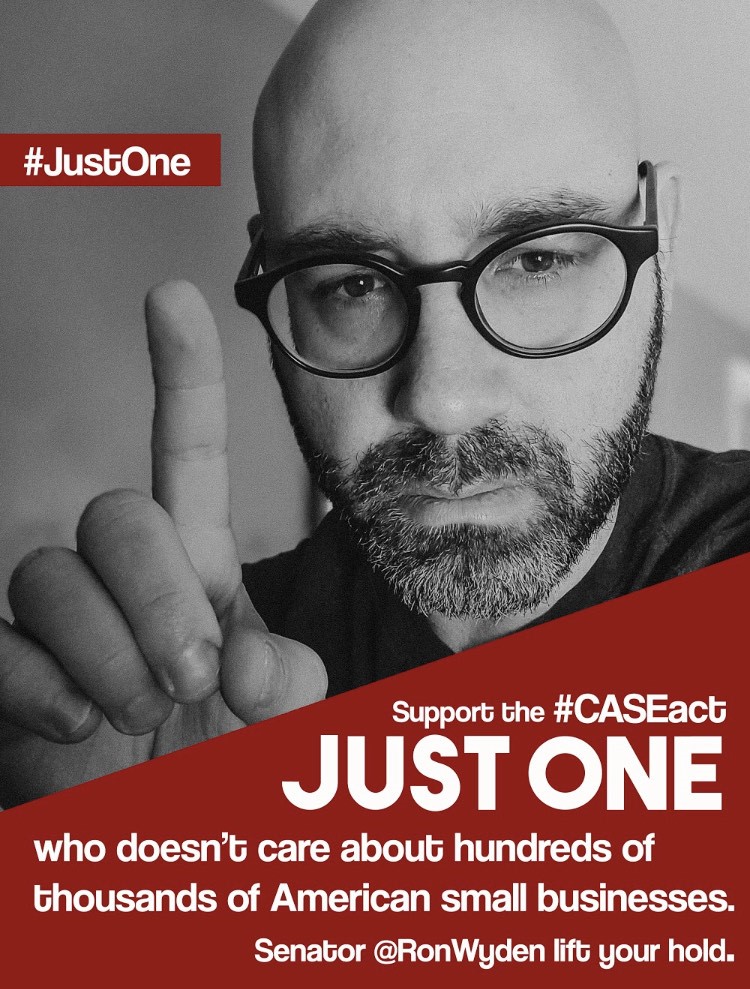 The new campaign is called #JustOne – since there is just one senator standing between the creator community and the passing of the CASE Act, and that is Oregon Senator @RonWyden. See options for action below.

Campaign Hashtags: #JustOne, #CASEAct and #MySkillsPayBills. And when tweeting messages, please be sure to tag Senator @RonWyden.

Quick tip regarding selfies: Feel free to look serious when taking selfies for this campaign, but remember to keep it above board and no need to look “menacing”.

And here’s a link to a FB photo frame (thanks for creating this, Jenna Close!):

Just click on the “the case act” to find it. ASMP is listed as the owner, but everyone is welcome to use the frame.

If you don’t want to create your own #JustOne selfie to post, please feel free to repost/retweet the images currently posted on ASMP social media channels listed below and share them with your colleagues, friends, and family.

Here are some existing tweets that are brand new, which you’re welcome to RT (and just search #JustOne on twitter for more):

Additional sample tweets and posts below:

If you have any questions about the #JustOne Campaign, send your questions to advocacy@asmp.org.

Thank you for supporting ASMP CASE Act efforts! For more information about the CASE Act, go to CASE Act Central.