ASMP Executive Director, Tom Kennedy and ASMP counsel, Mike Klipper, along with more than forty visual creators and advocates, including ASMP members, attended various meetings with members of Congress today to brief members and members’ staffs about the CASE Act, and to urge their support of the CASE Act bill. 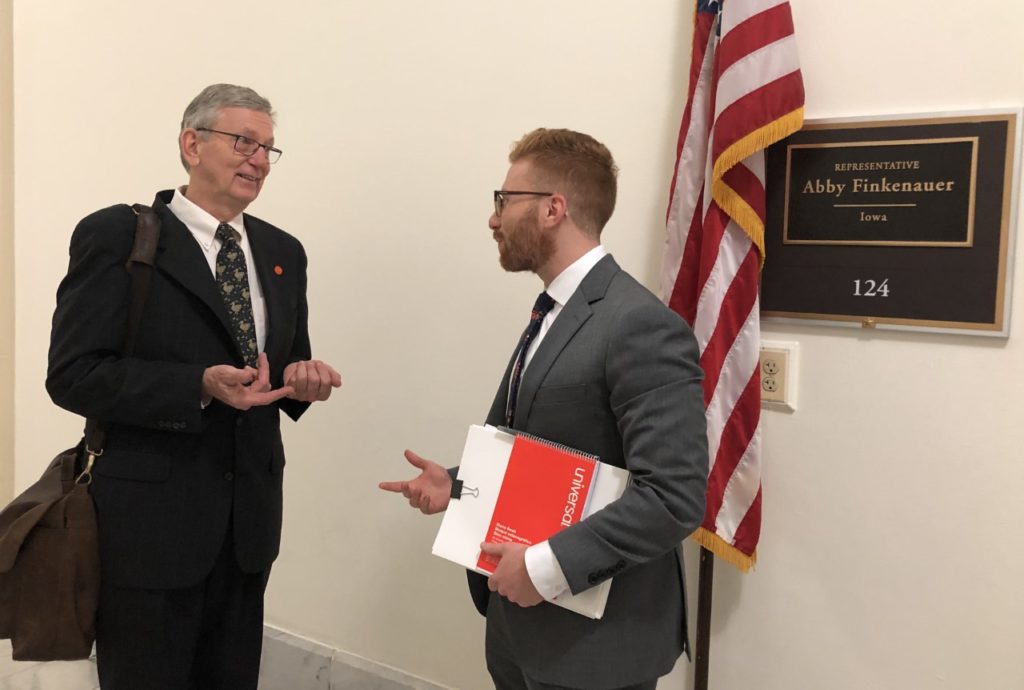 In the afternoon, creators and advocates attended the Senate CASE Act briefing, where Senate staff was invited to learn more about the CASE Act and have the opportunity to hear panel discussion about the CASE Act. This was in preparation for tomorrow’s mark-up with the full Senate Judiciary Committee. Currently, there are seven CASE Act co-sponsors in the Senate, six of which are members of the Senate Judiciary Committee. See complete list of Senate and House CASE Act co-sponsors. 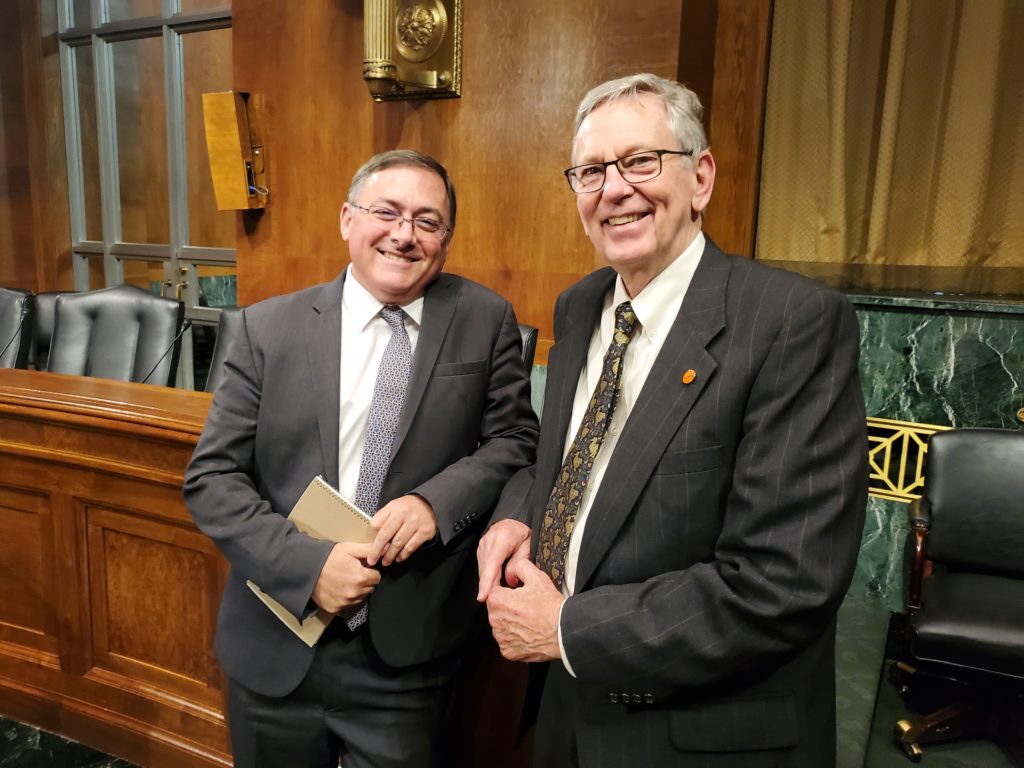 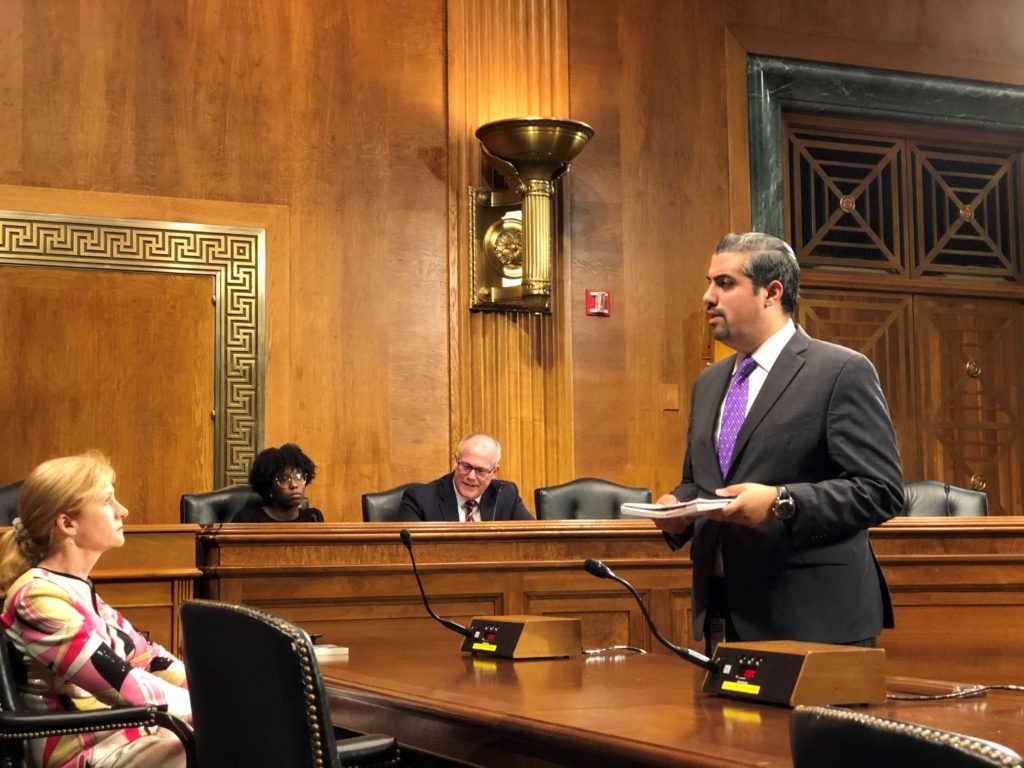 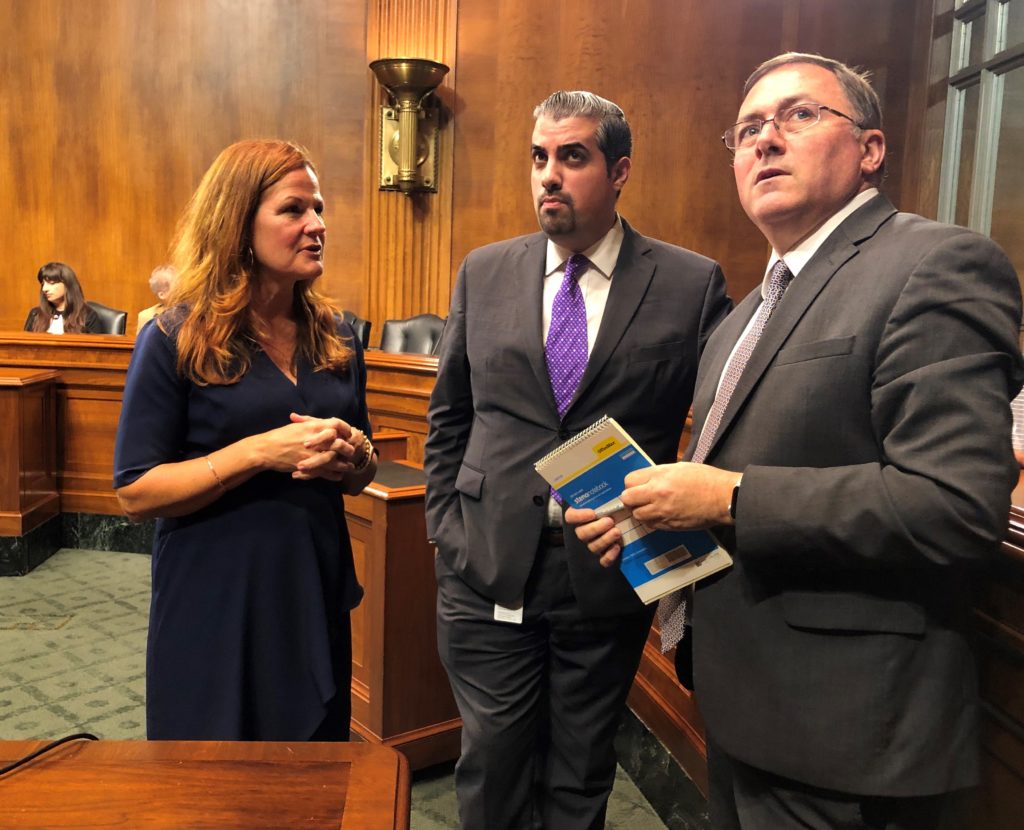 From left to right: PPA lobbyist Cindi Merrifield, and legislative counsel for Senator Kennedy (R-LA), Nick Hawatmeh, and Joe Keeley, legislative counsel for Senator Graham (R-SC), watch the clock. When clock struck 5:00pm, the time had passed for any amendments to S. 1273, the CASE Act bill. This means the bill will be a clean mark-up at tomorrow’s Senate Judiciary Committee meeting. ©Tom Kennedy