CASE Act-ion #4: Time to Up Your Advocacy and Lobby the Senate Judiciary Committee 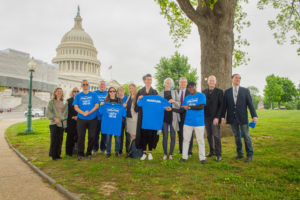 ASMP and its community of visual creator groups have pivoted CASE Act advocacy efforts towards the Senate Judiciary Committee (SJC) to secure additional support of the Senate CASE Act bill (S. 1273) among members of the SJC.

So, while we have been urging members and non-member supporters to contact their Representatives, sign up to attend in district meetings, and thank the many House co-sponsors (and we don’t want to stop the House activity in securing co-sponsors, as it is working!), we now need members and supporters to pivot some of their attention and actions towards the Senate.

Finally, while we pivot to focus our CASE Act campaign on the Senate, we don’t want to take the pressure off of the House and specifically the House Judiciary Committee, to secure their support of the CASE Act, so we would also like to invite or re-invite you to take two minutes for a ONE CLICK (see button below) to send a prepared email and tweet to thank CASE Act sponsoring members of the House Judiciary Committee and urge the non-sponsoring members of the Committees – House (HR2426)  – to support creators and sponsor the CASE Act.

To learn more about the current ASMP efforts in support of the CASE Act and other copyright issues, please join us on July 9th for ASMP Talk Zoom Webinar on CASE Act with Tom Kennedy and Jenna Close. Register to attend the ASMP Talk.