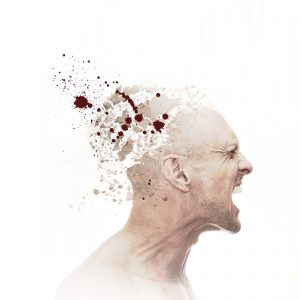 As the ongoing copyright reform process before the House Judiciary Committee moves to an important new stage, ASMP believes it is critical that members have a clear understanding of that process and the role our organization is playing in protecting the interests of small creators. I recently sat down with ASMP Executive Director Tom Kennedy and ASMP’S outside counsel Mike Klipper to get their perspective on what this really means for photographers and other visual artists and what we can expect of the new Congress.

The overriding message from Kennedy and Klipper is clear: we are at a critical juncture in the copyright reform process and our members must be informed and prepared to act. While our conversation focused primarily on the quest for a small claims copyright system, we also discussed ongoing efforts to modernize the Copyright Office and the naming of a new Register of Copyrights.

Setting the table for Small Claims

In 2011, then Chairman of House Judiciary Committee, Lamar Smith (R-TX), called for the Register of Copyright to study the difficulties that small creators were having in protecting their works in the digital age. The study kicked off a multi-year process aimed at ensuring that small creators have both rights and remedies under the copyright law. Here’s a breakdown of the major milestones:

In the recently completed 114th Congress, two bills creating a small claims board within the Copyright Office were introduced. The first, HR 5757, was introduced by Representatives Hakeem Jeffries (D-NY) and Tom Marino (R-PA) in July 2016. The second, HR 6496, was dropped in by Representatives Judy Chu (D-CA) and Lamar Smith (R-TX) in December 2016. Both bills are based largely on recommendations made by the Copyright Office in its 2013 report. It is anticipated that these representatives will reintroduce their own small claims bills in the new Congress and that each bill will continue to provide:

What to Expect in the New Congress

It was earlier noted that Chu and Jeffries are expected to reintroduce their respective bills in the 115th Congress. But the focus on small claims (as well as other key issues relating to the future of the Copyright Office) is far more likely to shift. In the closing days of the last Congress, Chairman Goodlatte and senior Democrat on the Committee, John Conyers (D-MI), issued the first of what they promise will be a number of copyright policy proposals. This first proposal addresses issues pertaining to the independence and modernization of the Copyright Office—including the manner in which the new Register is chosen. It also calls for a legislative approach that adopts a small claims process consistent with that advocated by the Copyright Office, Jeffries, and Chu. ASMP along with other visual artist groups will be filing comments on all these issues with Goodlatte and Conyers by the end of January. Below is the gist of the issues that ASMP and others will comment on:

With regard to small claims, ASMP can foresee these issues being addressed by the new Congress, and the ASMP perspective is included:

With regard to copyright reform and modernization in the new Congress, Kennedy and Klipper emphasized that while small claims reform is a critical part of the ASMP agenda, ASMP advocacy efforts in DC must extend to other copyright issues that are under review by Congress. They listed a number of issues that ASMP must confront and address in its January 31 comments to the House Judiciary Committee, including:

What ASMP Members Need to Do

With respect to small claims, Klipper noted that “this is the first time that I recall in my forty years of working on copyright issues that photographers and other visual artists are the primary beneficiaries of a piece of copyright legislation. Thus, we are presented with a rare opportunity to see legislation enacted that directly affects the livelihood of these and other small creators.” Kennedy added “that the passage of a small claims bill will not become law unless all small creators around the country weigh in with the senators and representatives. We’ve made real progress, but the next two years will help determine if legislative victory will become a reality.”

Turning to the issue of selection of a new Register, Kennedy expressed great regret over the untimely and unfortunate removal of Maria Pallante as Register of Copyrights. He emphasized how important it was that Pallante’s replacement be sensitive to special needs of small creators, and like Pallante and her predecessors, be committed to a strong Copyright office and a vibrant copyright system. “I want to remind ASMP members to participate in the survey issued by the Librarian with respect to the qualifications of the new Register” said Kennedy. He went on to express concern that “the Librarian would rely on such an unscientific method that could easily skew the results in favor of those harboring anti-copyright sentiments. The Librarian’s actions left ASMP members and others in the copyright community no choice but to participate fully in the survey process.”

Here’s where ASMP members can particpate in the survey being conducted by the Library of Congress.

For other articles on this topic see FAQ’s: ASMP’s Position on Orphaned Works and Five Questions with Photographer Lydia Bell.