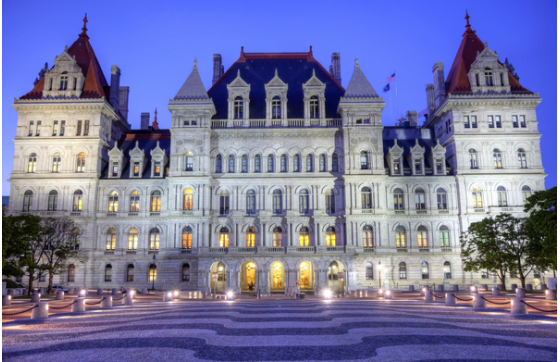 Editor’s Update on 6.21.17 at 4:10pm: ASMP has just been advised that the New York Assembly ‘s Right of Publicity bill’s sponsor, Assembly Leader, Joe Morelle (D-Rochester), has removed the bill from the floor due to legislative session ending today. ASMP will continue to monitor the situation of this legislation in the New York legislative bodies, but for now, the call to action on this legislation is no longer in play.

This legislation would expand significantly the breadth of a statutory right that would impose severe burdens on our members and have a profound chilling effect on expressive speech.  This would occur because the bill would require photographers, their representatives, and copyright holders of moving images and photographers, to seek and obtain “written consent” from any individual depicted (not just celebrities) living or deceased, his or her successors, or assigns, or in the case of a minor, of his or her parent or guardian, “regardless of their place of domicile, residence, or citizenship”, before the images could be used in this state for advertising purposes, for purposes of trade, or purposes of fundraising and donations.

No such right of publicity has existed previously.  Rather than heirs inheriting these rights, it is much more likely that corporations with no real interest in New York State, might choose to use this new right to prevent photographers and their representatives from legitimately profiting from their intellectual property created through their own efforts.  Instead, it is easy for me to envision corporations using this law to restrict use, licensing, and distribution of images to control “public image” or eliminate image licensing competition.  Photographers, licensing representatives, and copyright holders would suddenly lose rights that had existed for more than 100 years under settled case law involving rights of privacy. This proposed bill would appear to violate Federal copyright law by restricting the rights of photographers and their representatives to distribute and sell prints.

In addition, Jennifer Rothman, professor at Loyola Law School in Los Angeles, and creator of the website, rightofpublicityroadmap.com that features state by state analysis of right of publicity, wrote this recent blog post on New York State’s proposed Right of Publicity legislation.

If you are a resident of New York, you have the ability to register your opposition to the current legislation, and ASMP encourages you to take action. On the New York State Senate legislative page for S.5857, there is a pop-up box on the right side of the screen that says “Do you support this legislation? Yea or Nay.” Once you click on a response, you will be required to complete the vote registration form and confirm that you are a resident of New York.

ASMP stands in opposition to any proposed legislation that would negatively impact its members – and all visual creators.